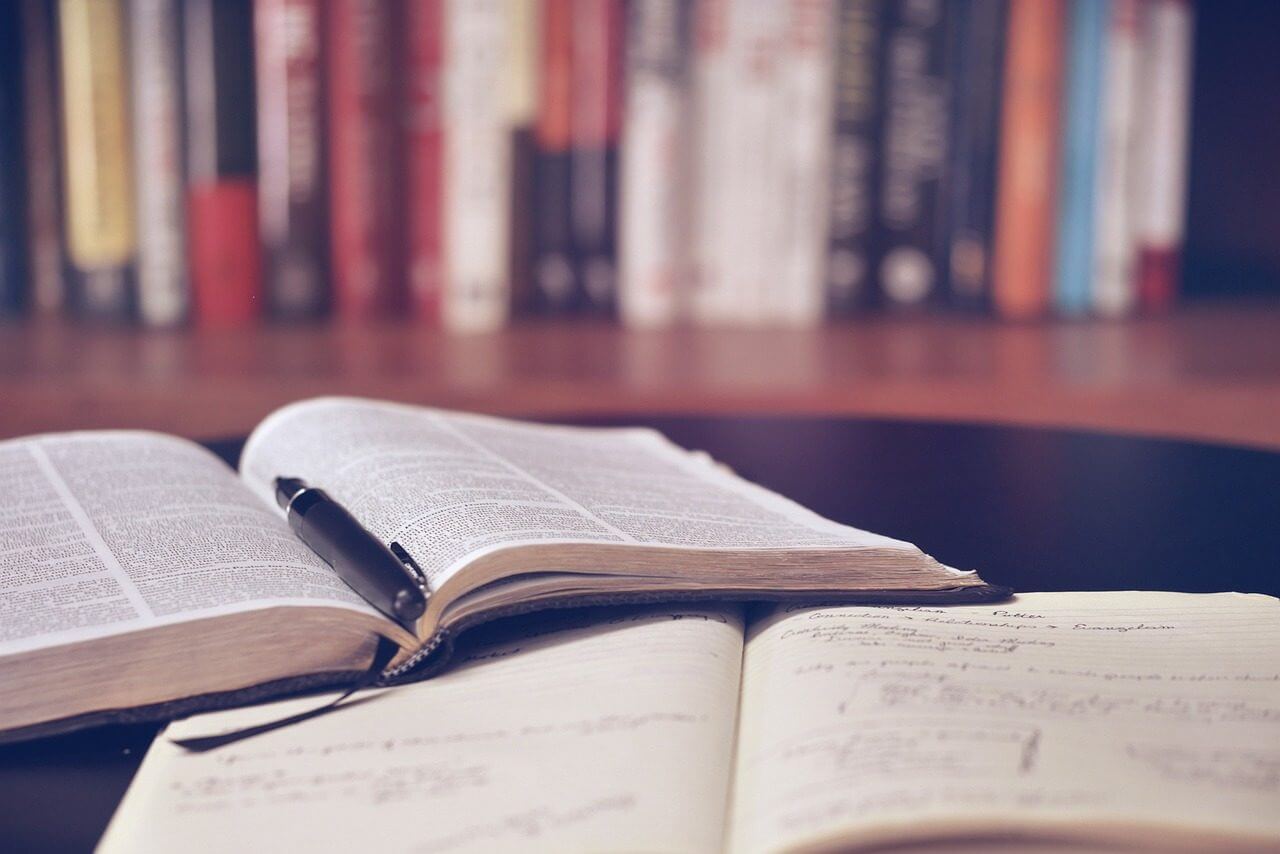 Here you will find specific advice on how to support inter* children and young people in your educational establishment and how to incorporate the subject into your work.

You will find here further information on behaviour and requirements relating to work that reflects on notions of gender. We have also put together a list of dos and don’ts for teaching staff and educators.

Inter* children and young people can experience discrimination in educational settings for a variety of reasons – even if they haven’t come out. This may be triggered by factors such as puberty progressing in an “atypical” way and physical characteristics, or individuals being forced to hide their own gender or periods of absence to have medical treatment. This can also mean that inter* children and young people become less able to cope with discrimination. This lack of resilience can be due to low self-esteem and a tendency to isolate themselves as a result of medical interventions and social taboos. In addition, there are fewer opportunities to identify with peers and fewer friendships in general. This can result in an enormous amount of stress, behavioural problems, serious incidences of bullying and discrimination, loss of performance due to mental disorders and a drop in school attendance through to dropping out of school completely.

Intersex people often end up underperforming and are unable to fully unlock their potential due to these difficulties. This can have a significant effect on their future career paths and life plans.

It is important to understand these factors, to position yourself unequivocally by the side of inter* people and to offer your support. You should also convey this attitude when you work with parents.

Learning groups and other types of groups are generally heterogeneous and this also applies to the subject of intersex. Even if there aren’t any inter* people in the group who have come out (this will probably be the case most often), it does not mean that there aren’t any intersex people present. In terms of behaviour, it should basically be assumed that both intersex as well as endosex people (i.e. people who aren’t intersex) are members of learning groups and part of educational settings.

Sensitisation and empowerment are strategies that can fit well together. However, it is possible that conflict and tensions may develop which are not easy to manage from a pedagogical standpoint. In some situations, it can be useful to try different strategies, such as splitting up the groups if there are inter* people present who have already come out. This complex area of conflict involving invisible dynamics, empowerment and sensitisation is discussed extensively in the handout Pädagogik geschlechtlicher, amouröser und sexueller Vielfalt – Zwischen Sensibilisierung und Empowerment.

Approaching the subject of intersex implicitly

The subject of Intersex can be approached implicitly or explicitly.

When approached in an implicit way, inter* people are presented through words and images as a normal part of society. They are a part of everyday community life and the subject doesn’t become an issue in either a positive or negative way. Intersex also does not become a matter of discussion simply because gender issues are being dealt with.

It is also necessary when approaching intersex implicitly to regularly focus on the subject in an explicit way. This is because the subject does not generally feature prominently, so it is necessary to prevent the subject from continuing to be invisible.

Approaching the subject of intersex explicitly

When approaching the subject of intersex explicitly, inter* ways of life are made visible and the way society approaches intersex becomes the matter of discussion. In doing so, certain aspects have to be considered in relation to the general complexity of the issue which involve working through aspects of discrimination without replicating discrimination.

1. Medical/biological knowledge should be assessed in a critical way and it should not be discussed right at the beginning and only in small doses. It is very difficult to appreciate what it is like to be an inter* person if the situation is only viewed through the prism of medical models of syndromes and pathologies. It is possible to lose sight of the fact that they are people with completely individual interests, preferences, experiences and life circumstances.

2. Following on from the argument stated in the previous sentence, inter* bodies should also not be used to help deconstruct biological binary gender, even if this is a worthy and important consideration.

3. The effects of medical and legal action and violence that has been/is being committed against inter* people, should be made visible as well as the issues, demands and resistance movements that have arisen in response. A high degree of sensitivity is necessary; compromising photos of naked bodies or similar forms of victimisation should be avoided in every sense. The focus should not be on pathologies and syndromes but on discrimination and human rights. Intersex people should be regarded as experts and authorities on the subject. They should be given the chance to have their say as advisors, authors, storytellers, film makers, and should not be merely seen as the “people affected” or as “freaks”.

4. In addition, intersex people should come to the fore and be seen as autonomous and individual people with their own desires, needs, capabilities etc, which have nothing to do with being intersex.

When considering this list, it is clear that it is important that the voices of intersex people are heard. Their voices are needed, otherwise it is likely that they will be talked about instead of being talked with if the subject is approached from a non-intersex perspective. This can be harmful and instructive; even more so if intersex people are present who want to be protected from possible discrimination and don’t want to be forced to come out as a consequence. Examples of intersex voices, which feature in clips, documentation, texts, social media etc. can be used in teaching and learning situations.

The differences can be experienced on an individual/personal basis or also within groups. They are also dependent on other dimensions relating to inequality, such as sexual orientation, family background, religion, disabilities, class or similar. It is important to appreciate the multi-dimensional nature and diversity of life circumstances, alongside the multi-dimensional forms of discrimination and privilege. It is very likely that a black inter* person will have different experiences to a white inter* person. An intersex woman living as a lesbian in a large city will have different experiences to an intersex person living as inter* in a rural location who is attracted to men.

It is therefore important that more and more biographies of inter* people are shown and that individual differences are explicitly highlighted as well as differences between groups.

Zoom out: gender norms concern all of us

The focus should ultimately be taken off inter* people and the way society deals with intersex issues should be placed in a wider context. Intersex is simply one aspect of gender diversity.

So, for example, gender and sexual norms which concern all people can be discussed in teaching and learning contexts, without obscuring the importance of diversity. Ideals of beauty, standards of masculinity and femininity and the like force everyone to conform to gender stereotypes. The extent to which people experience the pre-programmed sense of friction and failure that occurs when trying to conform with rigid binary gender roles varies greatly and this also applies to the bodies and genitalia of people who are not classified as intersex. This means therefore that approaching the subject of intersex in a critical way makes it possible to be free from traditional standards of masculinity and femininity which is also a relief for endo* people, making their lives more relaxed and easier to live. All children and young people will benefit if institutions think and act in a way that reflects gender diversity. This should encompass aspects such as toilet facilities, curricula decisions, interior design, recruitment of staff and the type of language used. Schools and institutions that support children and young people should therefore be places where diversity is recognised, made visible and fully experienced.

Gender diversity not only encompasses trans* or inter* but also “men” and “women” as they are also part of gender diversity. Intersex can therefore be incorporated into teaching/lesson units separately or as one of several relevant themes relating to gender relations, sex education, discrimination or another overarching theme. The subject should not just be approached in a rational and knowledge-based way; everyone involved should also reflect upon their own feelings about the subject individually and by working in small groups. Learning groups should be encouraged to think about their own feelings about their gender and its development. With this in mind, it is useful to discuss the fact that gender is assigned prenatally or at birth and that it is also subject to historical change.

Biology: Intersex should not just be covered in biology lessons. When it is covered in this subject, it should be made clear that all human bodies vary significantly and that they do not develop within binary parameters.

History: The lives of prominent inter* people can be examined when studying inter* history, or “hermstory”. There are teaching materials available which focus on important figures such as Herculine Barbin.

English: It can also be useful to watch and discuss the various videos produced by activists in the USA, for example, the TED Talk by Emily Quinn.

French: This subject could provide an opportunity to explore the memoirs of Herculine Barbin.

Ethics/Politics: The subject offers an opportunity to discuss the latest debates on subjects such as legal reform. The inter* movement can also be discussed in terms of the role it is playing as a social/political movement as well as the campaigns led by intersex people.

A video which highlights various aspects of inter* and is suitable for use in different subject lessons is available on the Planet Schule website.

You can find further suggestions to help you structure your lessons in an article by Ursula Rosen in the pamphlet Schule lehrt/lernt Vielfalt (pp. 172–174).

You can hear the voices of intersex people in a collection of writing called voices – role models – empowerment.