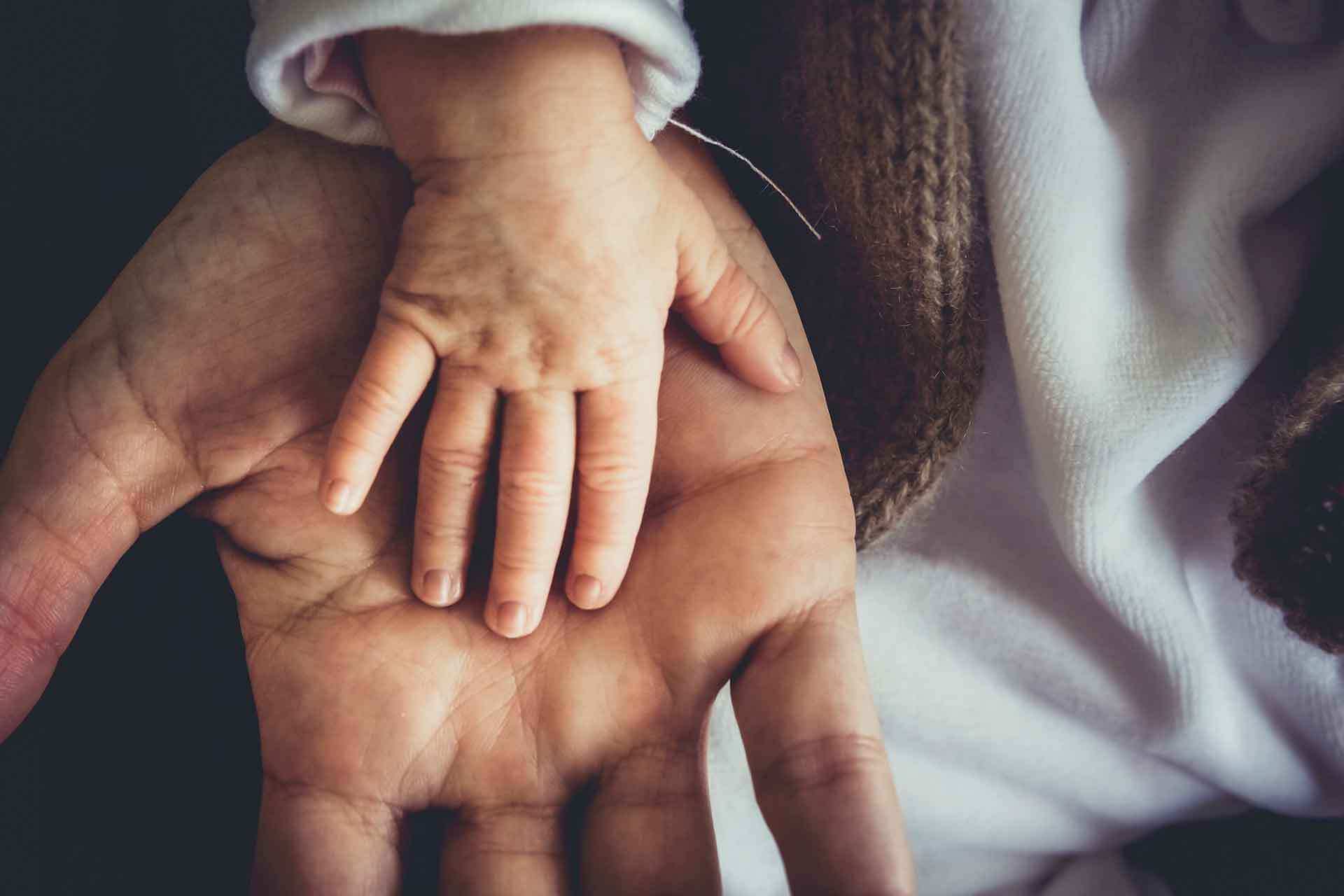 We found out that our child was intersex during the antenatal examinations. However, we didn’t really appreciate what this meant and our obstetrician didn’t either. Our main ultrasound test indicated that the child was definitely a girl. One week later, we received the results of the chromosome analysis: the result was XY, in other words, a boy! I was confused and asked for an explanation. No, it’s going to be a boy. The doctor didn’t understand that such a thing could be possible and we didn’t know anything about intersex at that time.

The day of the birth arrived. The labels and little wristband ready for the new baby were all in blue. Then our baby arrived and they thought it was a girl. A girl? Even though I was completely exhausted, I was wide awake and completely confused for the second time. However, we had already thought about girls’ names, so we quickly renamed the baby and assumed that the laboratory had made an error.

The next day, an older professor was called from another hospital because the obstetricians and midwives at our hospital were unable to tell us anything about intersex. The professor told us that with regret it is possible for a female baby to have male chromosomes. We were totally confused and couldn’t understand what we were being told because we didn’t know anything about it. This lack of knowledge completely surprised us. We are both academics and were shocked by the experience of not knowing something so fundamental. However, we intuitively just felt happy to have a beautiful child.

The doctor who gave us the information affected us quite significantly. When I look back on the experience with the knowledge I have now, I think this is what ultimately traumatised us. We are basically very open-minded and optimistic parents. But the uncertainty, lack of information from the experts and the taboo surrounding the issue left us feeling very strange about the fact our child was intersex. And we initially found it difficult to accept the logic of the information we were given concerning the fact our baby had male chromosomes and a female phenotype.

We were then fortunate enough to find an endocrinologist at the children’s hospital. He was really laid-back and simply said that intersex girls make the most beautiful girls. He explained that the child may need hormone replacement therapy at a later date, but that wouldn’t be a big deal. His relaxed manner gave us courage and alleviated the stress of the first days.

We initially felt uncertain about the best way to deal with the fact our child was intersex. Should we broach the subject with our family and friends? Should we keep it to ourselves? I told one of my friends about it during this period of uncertainty. Unfortunately, she reacted in a very negative way, so it became clear to me for the first time that we didn’t want to talk about it initially, primarily to protect ourselves. We didn’t want to have to explain or answer questions as we didn’t feel strong enough. To everyone else, it was nothing more than a laboratory error. When I look back, I think this was definitely the right decision. Our daughter should be able to decide for herself if and when she wants to tell everyone around her about being intersex.

Our daughter now knows that she is intersex. She doesn’t completely understand it. She feels sad that she won’t be able to have children by natural means, but she has already thought about alternatives.

We hope that she will be able to live in a world where she can talk about being intersex as if it were nothing special. A lot of education is needed before this becomes a reality.

I wish that we had been better informed. This would have allowed us to truly enjoy the time after she was born. It would have been like if someone had told us at the birth that our child was homosexual. We would have said: So what! Our child is happy and healthy. This makes us very happy. Everything is completely fine.